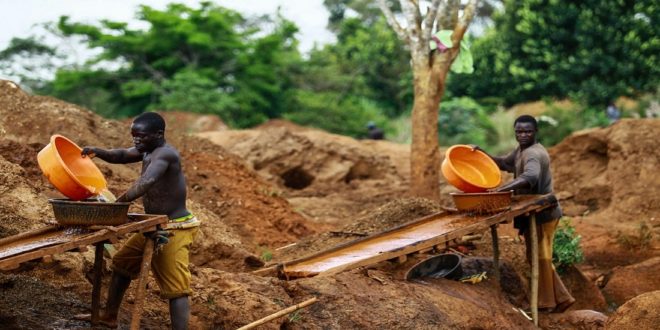 Civil Society Organisations in Uganda are demanding that the government takes up appropriate action to close loopholes that are hurting mining tax revenues in the country.

This call was made in reaction to the Auditor General’s Report which concluded that under assessment of payment of royalties in the mining sub-sector has led to loss of income for Uganda.

“The Ministry’s reliance on declarations from the mining companies in form of monthly production returns, which is not independently verified is part of the problem,” civil society organisations said in a joint statement signed by Mr Julius Mukunda, CSBAG executive director and Ms Cissy Kagaba, the Anti- Corruption Coalition Uganda executive director.

According to the 2018/19 Auditor-General Report, the Ministry of Energy and Mineral Development collected Shs10.5b in mining royalties out of a possible Shs70.2b.

A review from Uganda Revenue Authority indicates that the mining sub-sector can generate as much as Shs70.2b at an applicable rate of 5 per cent especially from gold, tantalum and tungsten.

Most mines in Uganda, the statement noted, lack regular inspection through which production figures can be confirmed thus creating the risk of under declaration of production.

“We, therefore, recommend that government addresses all the weaknesses in the assessment and collection of royalties so that enough revenues are generated from our mineral resources,” the statement said.

Civil society also raised concerns on the lack of guiding investment law for the Petroleum Fund, which exposes the fund to abuse.

The Petroleum Fund was established by Section 56 of the Public Finance and Management Act and withdrawals are made through an appropriation to either the Uganda Consolidated Fund or Petroleum Revenue Investment Reserve.

However, there is no cap on what should be appropriated to either of the two.

The Auditor General’s report discloses that there is a lack of an approved petroleum revenue investment policy, which delays appropriation of funds for investment.

“In the natural resources sub-sector, a fiscal rule on government spending is very necessary. It helps to commit the government to stable macroeconomic policy, which is necessary for growing and diversifying an economy dependent on large, finite and volatile natural resource revenues,” Mr Mukunda said.