You want to own physical gold to protect your lifestyle – analyst 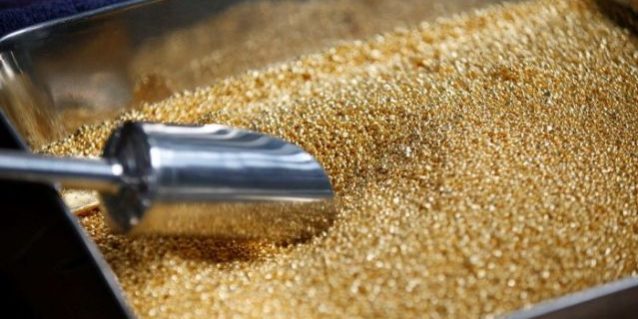 The gold market is testing the top end of its months-long trading range and according to one analyst, it’s only a matter of time before prices break out and push to all-time record highs. amount of gold

In an interview with Kitco News, Jeff Clark, senior precious metals analyst at Goldsilver.com said that it is difficult not to be bullish on gold in an environment rife with uncertainty and an unlimited number of catalysts to ignite a move through the current trading range.

“Gold is in a major bull market, but it is just taking a pause like it does many times in almost all bull markets,” he said. “We don’t know exactly what that catalyst is going to be. There’s probably going to be more than one, but you don’t have to be right about the catalyst to own gold.” Analytical services

Although a recent spate of economic data has been better than expected, Clark said that the global economy is still far from recovery from the effects of the COVID-19 pandemic.

While investor interest in gold-backed exchange-traded products has reached record highs this year, Clark said that investors should also look at their own physical gold, a hedge he described as “lifestyle” protection.

Clark added that because of the global supply-chain issues created by the COVID-19 pandemic there is a risk that some funds might not be able to deliver physical gold. He said that delivery issues could create between paper gold and physical asset.

“So there’s too many risks out there like that tell me, we need to own not just gold, but physical gold,” he said.

Looking into the next few months, Clark said that the market still has room to fall lower as the summer is traditionally the weakest time for the precious metal.

“September is generally the best performing month of the year for both metals,” he said. “So I would definitely want my exposure before then.”

As to what is the right amount of gold to own, Clark said that investors should look to hold no less than 10% of their portfolio in gold.

“Now is the time to be overweight,” he said. “CPM group did a long-term study. We did one as well. We showed that anything less than 10% is not as effective as a hedge on a long-term basis for gold. CPM’s research went back to 1968. It showed that 25% is the optimal holding or allocation to gold in a portfolio. That’s more along the lines of what I would shoot for.”