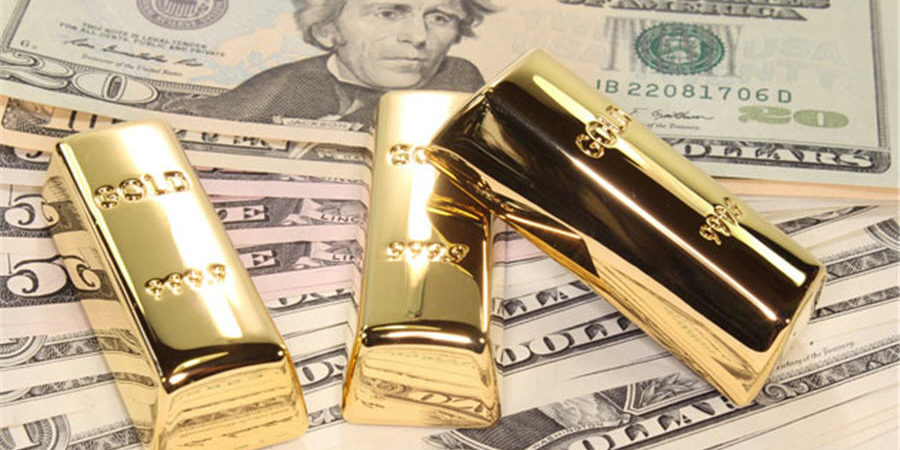 What exactly does it mean when pundits say that gold is a “store of value” and “hedge against inflation”? In this article we’re diving deep into these questions and discussing how gold has performed over time, not only measured in US dollars but in other currencies. The latter is important, after all, since 95% of the world uses a form of currency other than the USD in their daily transactions. For holders of these currencies, the value of their money in relation to the US dollar matters as much as the gold price.

The gold price reflects the value of gold, measured in US dollars per ounce. A buyer parts with his/ her dollars to receive either a portion of physical gold, shares in a gold ETF or shares in a gold miner’s stock. When a gold buyer doesn’t have US dollars, he must first present his currency for conversion to dollars.

The following chart extends this interplay of currencies and non-dollar-denominated gold prices over the past 20 years. Here we see gold in British pounds, being the weakest viz a viz the dollar, among the charted currencies, seeing the best gains, 699%. Since September 2003, the buck nearly doubled from $1.00=GBP0.49 to its current $1.00=GBP0.81 rate of exchange. By contrast, gold in Swiss francs, seen at the bottom of the chart, only gained 294%, due to its relative strength versus the dollar.

Indeed the franc has done well as a safe-haven currency, beating the buck consistently over the past 20 years. In September 2003 it took only US$0.73 to buy one Swiss franc, in August 2011 an American would have to shell out $1.31 per franc, and today one Swiss franc costs $1.02.https://hp3global.com/gold-price-to-surge-past-3000-says-bank-of-america/

Besides comparing the value of gold in different currencies, we can also look at how gold has performed versus each currency.

Bullion dealer Voima Gold wanted to know how the gold price has done since the inception of the European Union’s common currency, the euro. Their first observation was over the course of 20 years, the price of gold in euros increased 555%, (fairly close to the 501% seen in the pink line of our chart above) on April 23, 2020 hitting €51,000 euros per kg for the first time in history.

The more compelling number is how much the euro has devalued against gold.

Voima Gold found in 1999 it took one euro to buy 0.13 of a gram of gold. Today the ratio has diminished to €1=0.02 gram, meaning over the past 21 years, the euro has lost 85% of its value versus gold. Put another way, a gold dealer used to be able to buy 13 hundreds of a gram for one euro. But now, the same euro can only buy 2 hundreds of a gram. The purchasing power of the euro versus gold has fallen significantly.

To review, when the value of the dollar increases relative to other currencies, the gold price normally falls, because gold becomes more expensive in other currencies. Conversely, when the dollar drops, gold appreciates in value because it becomes cheaper in those currencies. How much gold is worth in each currency depends not only on the value of gold measured in that currency, but the value of that currency versus the US dollar, because gold is always priced in US dollars. To determine how gold has fared compared to the currency in question, you need to know how many unit(s) of currency it takes to buy a gram, or fraction of a gram. Charting that ratio over time shows how the currency has done against gold.

The role of inflation

Inflation is the rate at which prices within a basket of goods or services (called the consumer price index or CPI) rise or fall. When a currency falls, the ability of that unit of money to purchase goods and services weakens, ie., it takes more units of currency to buy the same basket of goods as before it weakened. The more a currency falls, the less you can buy with it because its purchasing power decreases. We call this devaluation/ loss of purchasing power.

Casey Research founder Doug Casey believes we often put the cart before the horse when thinking about inflation. The renowned investor, author and speaker states,

Inflation is not caused by the butcher, the baker, or the auto maker, although they usually get blamed. On the contrary, by producing real wealth, they fight the effects of inflation. Inflation is the work of government alone, since government alone controls the creation of currency.

Indeed, governments in fiat economies can literally print paper money “out of thin air,” something impossible to do with a gold-backed currency. (it is often said, “the Fed can’t print gold” (or silver)”. When gold goes up or down it is not inherently losing value; what has changed is the value of paper money, the fiat dollar. When you buy gold to resist inflation, ie., rising prices that eat away your savings by reducing your purchasing power, it’s called a hedge against inflation.

Gold on the other hand has increased 39% over the past 12 months. Subtracting 1% inflation leaves an increased purchasing power of 38%. Even accounting for years when the gold price didn’t rise as much, or even fell, the chart below reveals gold’s extraordinary purchasing power. Voima Gold states,

Despite broad-based market volatility, we at HP3 Global Limited believe now is an unbelievably good time to be investing in precious metals, in all currencies.